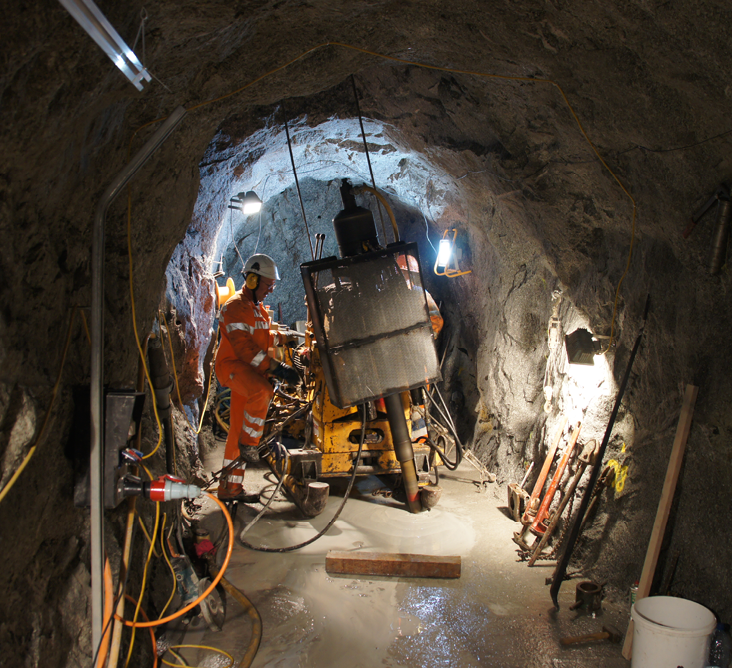 In-situ hydraulic stimulation has been performed on the decameter scale in the Deep Underground rock Laboratory (DUG Lab) at the Grimsel Test Site (GTS), Switzerland. The test site consists of granodiorite with a low fracture density and has been well characterized. The GTS is chosen as it represents physical properties representative for crystalline basement where the development of deep enhanced geothermal systems are planned for the future. Conducted stimulation was performed in a number of boreholes, with 3-4 packer intervals in each borehole subjected to repeated stimulation. During each stimulation event, fluid injection pressure, injection flow rate and microseismic events were recorded
amongst others.

Fully coupled 3D simulations are performed with the LLNL’s GEOS simulation framework. The methods applied in the simulation of the experiments address physical processes such as rock deformation/stress, LEFM fracture mechanics, fluid flow in the fracture and matrix, and the generation of micro-seismic events. This allows investigation in which we may estimate the distance of fracture penetration during the injection phase and correlate the simulated injection pressure with experimental data during injection, as well as post shut-in. Additionally, the extent of the fracture resulting from the numerical model are compared with the spatial distribution of the microseismic events recorded in the experiment.