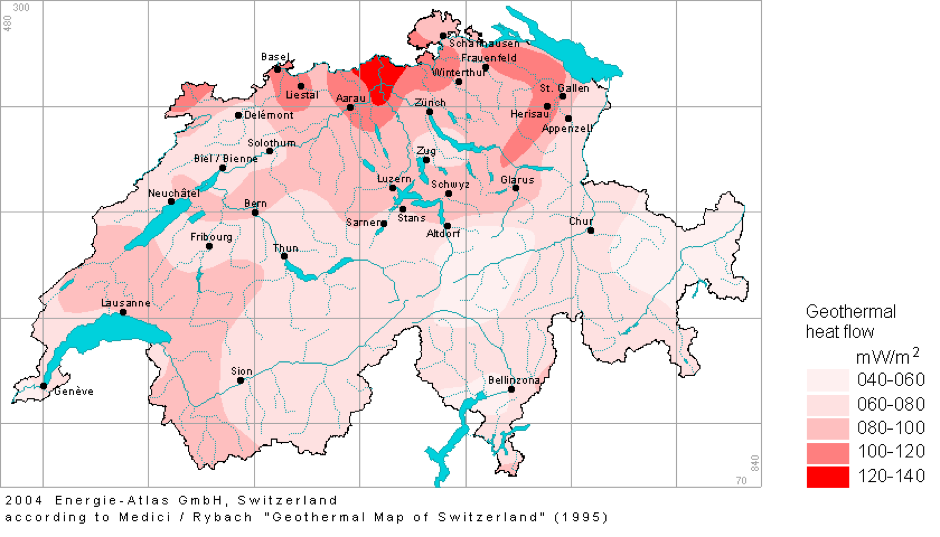 The North of Switzerland is an area of interest for geothermal studies since it hosts a prominent heat flow anomaly with an enhanced near-surface heat flux when compared to the Swiss average. The anomaly is situated within a permo-carboniferous trough and one hypothesis about its origin is that geothermal fluids migrate upwards along permeable pathways, carrying heat from the crystalline basement into shallower layers. This is also suggested by the existence of several warm water springs in the region. However, the underlying nature of the anomaly remains unclear and the source region of the thermal fluids is only poorly imaged. 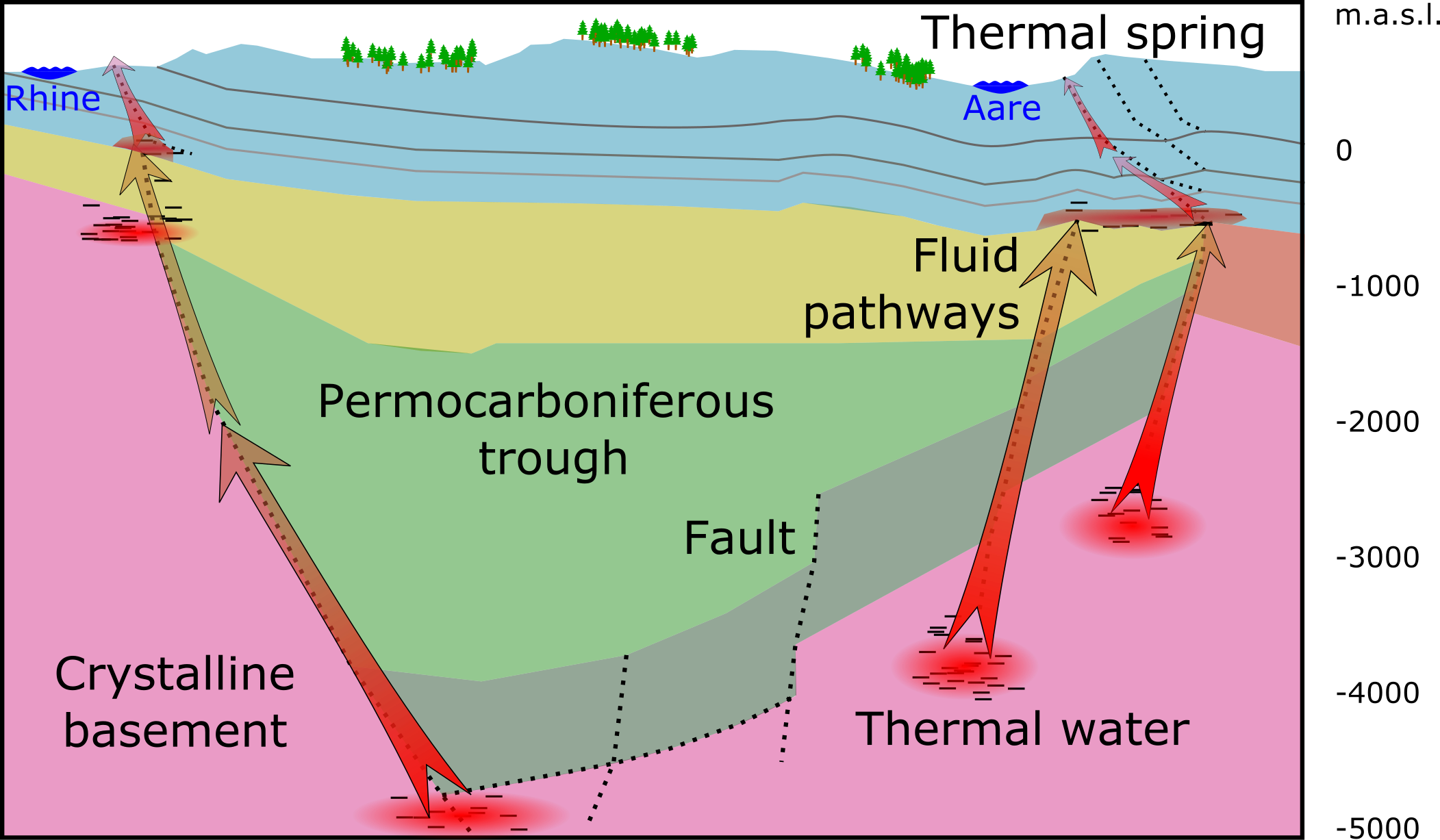 Conceptual model cross section of the permo-carboniferous trough roughly based on a seismic 2D section (Naef et al., 2014). The figure shows possible fluid pathways and storage within the trough and the basement

For our investigations we use Magnetotellurics (MT) – a geophysical sounding method that is widely used in geothermal exploration (e.g. Munoz et al. 2014, Samrock et al. 2018). MT is based on the analysis of natural variations of the geomagnetic and electric fields at the Earth’s surface. Based on the measurements it is possible to image the 3-D electrical conductivity structure of the subsurface down to a few tens of kilometers.
Electrically conductive layers in the crust typically represent mechanically weak zones such as faults and porous rock layers that act as permeable pathways for fluids and thermal aquifers. An electrical conductivity model of the subsurface in the Aargau region would thereby provide insight into the extent of the permo-carboniferous trough at depth and contribute to a better understanding of the deep sources of thermal springs at the surface. 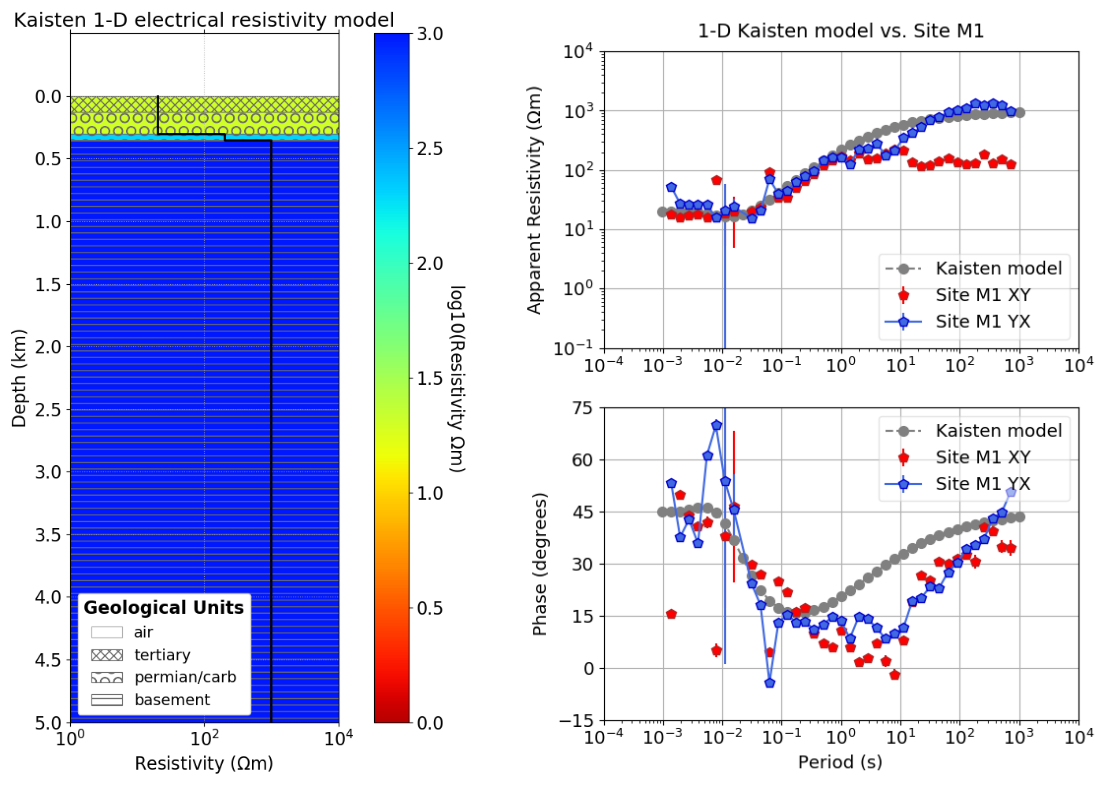 Field measurements and challenges to overcome

During a pilot survey we measured MT data at 14 sites at the Northern Swiss Heat Flow Anomaly. The survey showed that the MT data are affected by severe electromagnetic noise, that originates from power lines and the dense infrastructure in the region. The low signal-to-noise ratio required to develop advanced processing tools that allow in-depth statistical analyses in order to separate the natural signal from noise (resistics: Shah et al. 2021a in review). Nevertheless, the collected data show that they contain valuable information about the subsurface structure as can be seen in a comparison between the 1-D model derived from the Kaisten borehole and the MT response of a station near the well (Shah et al. 2021b in review).

With the next survey we now plan to continue the measurements, which will now benefit from improved measurement setups and data processing techniques. 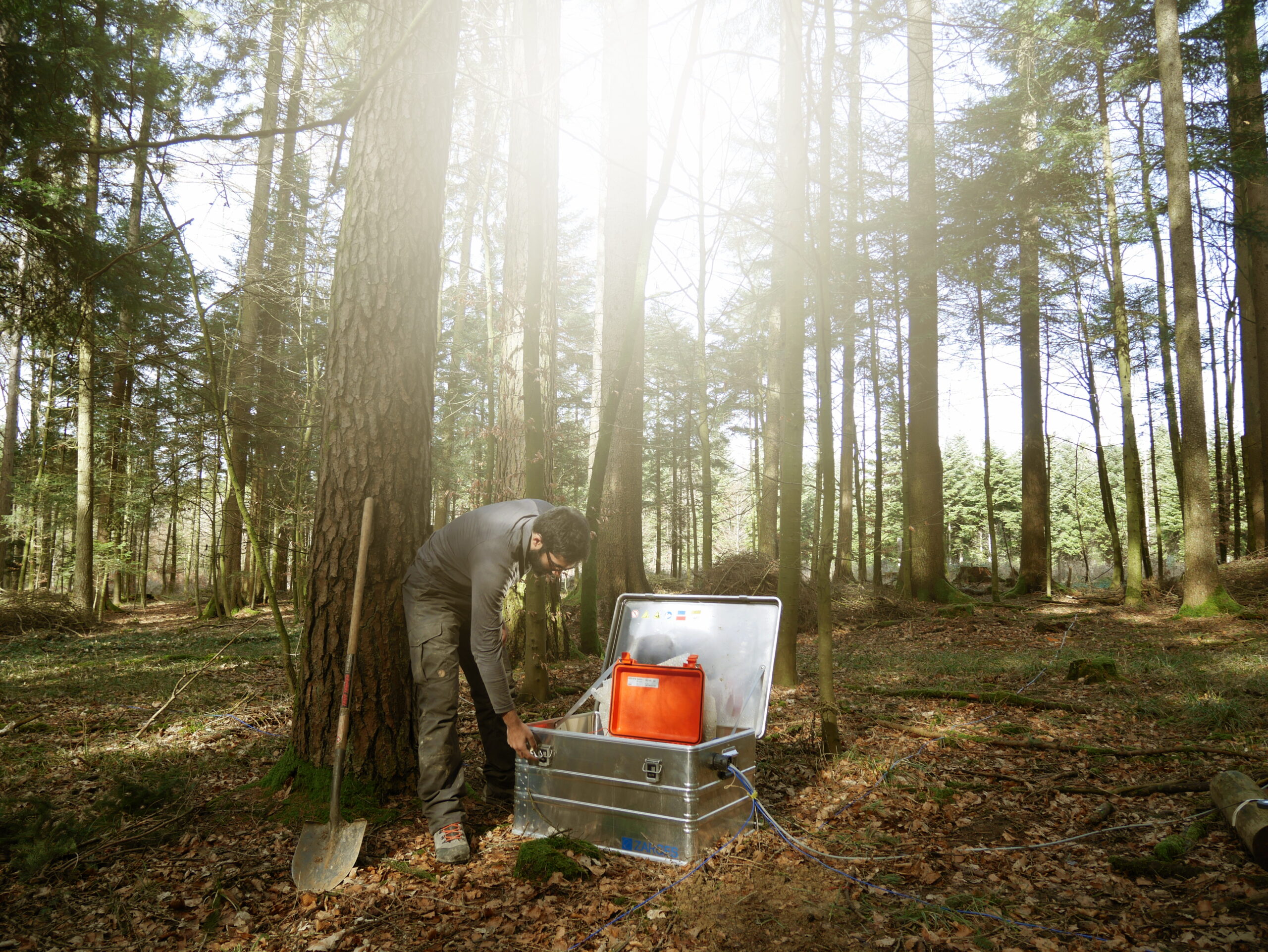